History of the Club

During our 25+ years of service to the youth of Kenosha, membership in Boys & Girls Club programs has risen from modest beginnings to nearly 12,000 youth and teens impacted annually.

Boys & Girls Club of Kenosha was founded June of 1992. The first location was a drop in site in the Wilson Heights neighborhood. The Club initially rented space from the Memorial United Methodist Church. In December of 1992 the Boys & Girls Club’s Board of Directors was able to purchase the church and create a permanent home for BGCK at 3712 50th Street.

Four additional after school sites were added in September of 2000. They were funded through a grant by the Kenosha Unified School District 21st Century Learning Center. The new sites included McKinley Middle and Elementary School, Jefferson Elementary School, and Kenosha School of Language (KSOL) in collaboration with the Spanish Center. In 2004, Bain Elementary and KSOL merged together to form EBSOLA (Edward Bain School of Language). In 2008, Durkee and Lincoln Elementary merged into the Brass Community School.

The 2001 merger of Boys & Girls Club of Kenosha and CYC Sports impacted growth and created an all-encompassing network of services to youth. Youth sports and the youth employment program for at-risk youth was combined with the proven, effective Boys & Girls Club system. Over 8,000 youth were impacted.

Our state-of-the-art athletic facilities, performing arts center, and multi-purpose rooms are perfect for both professional and celebratory gatherings. 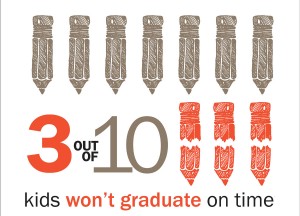